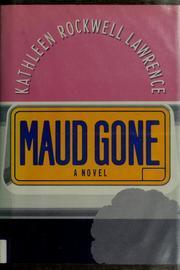 "OK, we take break now," said Xenia Olsen, founder of Painless Birth, switching on the lights; switching off the crashing waves of her signature CD, Amniotic Ocean. "Bitte have some cranberry juice for you. Come back from ocean for little while."

A maid assisted the Painless Child, four-year-old Bitte, with the juice-pouring at a pine trestle table at the far, far end of the bare white loft. Bitte wore an organdy pinafore over a black checked gingham dress. White-blond hair was swept up from her delicate features for a halo effect. In addition to being painless, this child was perfect.

Xenia was perfect too. Late twenties, about five-eight, and very slim in her deep purple leotard and lavender tights. Maud could have dismissed the slimness and the beauty if Xenia were a vapid model and her looks were the only thing she had going for her, but this was clearly not the case. Or maybe if she had been in a room with at least normal women. But she was wearing that tiny leotard in a roomful of last trimesters. Xenia's choice of clothing for this occasion told Maud that sisterhood wasn't exactly uppermost in her mind. Her tight purple buttocks slipped easily between the swollen stomachs as she mingled. She threw a plump-lipped pout in the direction of Jack and Maud.

"Bill is tonight in Nicaragua. He like to meet each of my groups, but he is too much away." She raised her brows in a look of wistful resignation and moved on. Jack's eyes moved on as well. Maud noted the movement of her husband's eyes. She had been accused before of being jealous, but jealousy was irrational. Maud was an empiricist. She knew what she saw. She knew what she knew. She knew which women to watch. And she watched her man, though he hardly gave her cause.

Maud and Jack sipped and politely exchanged due dates, hospitals, and obstetricians' names with the other couples. She had expected that, at thirty-three, she would be one of the oldest in the class, but found herself right in the middle—a few women in their late twenties, some in their mid-forties. But she knew that this was not a random sampling of women giving birth that year. The spending power required to take Painless Birth necessitated a more mature group. She thought of her mother and the dowdy fifties maternity clothes that she wore into the sixties: cotton print smocks and long straight skirts with cut-out belly holes that showed because the smocks were too short. She surveyed the women in Lady Madonna silk smocks and Calvin Klein jeans with loose cashmere tunics. She held her stomach, swathed in dark challis, and thought of her mother, who had had ten children, two miscarriages, and one stillbirth and wrapped her legs with Ace bandages during her later pregnan¬cies when the varicose veins developed. She thought of her mother, who had done this thirteen times.

When the swapped anecdotes of heartburn, migraine aura, morning sickness and leg cramps anecdotes waned, Xenia instructed the group to take to the floor once again for a demonstration of the term painless. By painless she meant painless! She would prove it. She looked at Maud. "Is all right if I borrow your Boddy for yust little while? I give him back, don' warry." Maud shrugged. Jack colored, but rose and went to the head of the class. Xenia's words stuck. "I give him back." Maybe Maud should warry. She did want him back. Was it in Xenia's power to take him?

"Now, you all will see, that I mean absolutely wisout pain. You see." She spread her beautiful length face down on the white boards and looked back up at Jack. "OK. So, you will please be kind to pinch me here." She indicated the back of one taut thigh, the only socially acceptable part of her body from which enough flesh could be collected for an adequate pinch. "And twist, please. Vary, vary hard. Do not warry ’bout me. Yust keep twisting."

Jack shot a quick glance at Maud and his color deepened. "You're kidding," he said to Xenia. There were titters from the Painless Birthers, and one guffaw from somewhere behind Maud.

Maud was finally paying attention in class. She was in fact, rapt, sitting up as straight as her condition permitted.

"Just let me get this straight," said Jack the Lawyer. "You mean you want me to hurt you?" His ears had gone crimson now. He looked at Maud and shrugged like a guilty child. Maud reminded herself that she was his wife, not his mother. He was working hard to control a nervous smile that had begun in the corners of his mouth.

"Yust do it!" Jack shrugged once more then grafted on. "You may sink you hurt me, but you do not, because I am sinking of ocean.”

Go sink in ocean, thought Maud. Jack, just following orders, like the altar boy, like the Eagle Scout he had been. If he’d been more detached about it . . . but it seemed to his watching wife that his imagination had taken hold along with his fingers. He was gone, entirely caught up with the task at hand. But could he really be blamed? There were women in this world, or certainly in this city, who Maud knew were irresistible to men. Here was this male fantasy forced upon her hapless husband him. His thumb and forefinger worked dutifully, vigorously, al¬most cruelly, at keeping the twist taut. Xenia, for her part, seemed serene in her painless reverie.

And then déjà vu hit Maud square between the eyes. It was a Squirrel. It was what her brother Jim and his friends had given Joey Gordineer twenty-five years before on the play¬ground. What Jack was doing to Xenia Olssen in this loft before the entire enrollment of Painless Birth was called Giving a Squirrel. Grabbing a hunk of human flesh and twisting without mercy. "Aw, I just gave him a little old squirrel bite, that's all," Jim had told their mother when confronted with his crime, but he told Maud different. He told her that a Squirrel was torture. Joey Gordineer had gone whelp, whelp, whelp all the way home. He had been only a little kid, of course, but far greater mortals have been vanquished by the Squirrel.